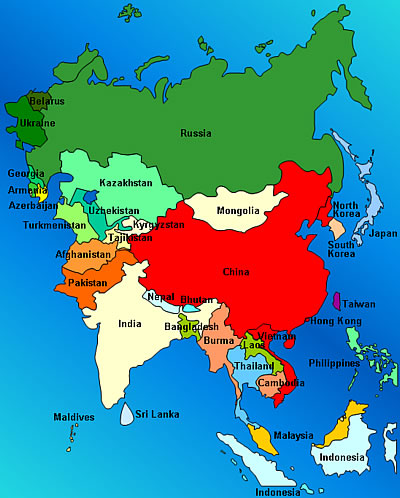 What part of the Asian continent is missing from the map above? 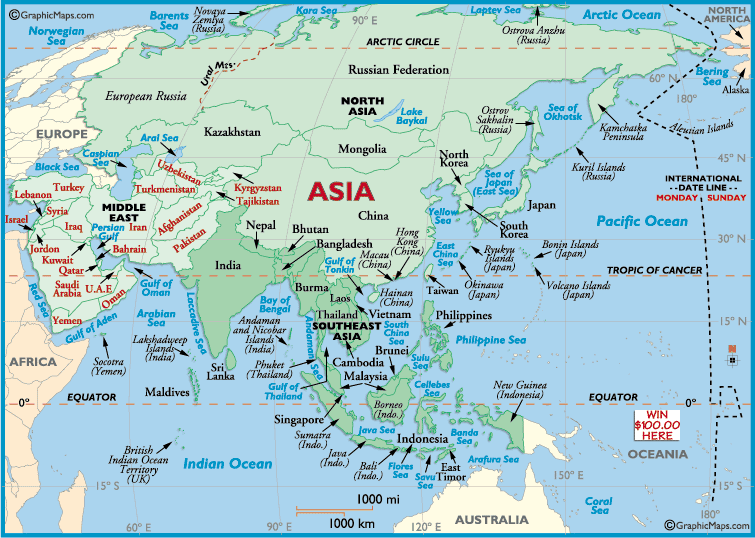 Burma: Since 1989 the military authorities in Burma have promoted the name Myanmar as a conventional name for their state. This decision was not (and is not) approved by any sitting legislature in Burma, and is not accepted by the U.S. and a few other governments. However, the  name Myanmar is widely accepted by the majority of countries, and by the United  Nations.

European Russia: The  Russian landmass west of the Ural Mountain is commonly referred to as European Russia in most modern atlases, and by the vast majority of  geography experts.   It is not a separate country,
but rather it's called that because of its political, cultural and geographical blendings with Europe. For reference purposes it is shown above to the west of the dashed-line, however, the entire country (as a whole) is still considered part of the continent  of Asia.

Middle East: Countries considered part of the Middle East are shown in a lighter shade of green, and  their names are indicated in red.  They are all still part of the continent of  Asia.

Turkey: is officially,  politically and geographically considered part of both the Asian and European  continents. The northwestern portion of Turkey (colored beige) is a recognized  part of Europe, while the green shaded portion of the country (the largest  part) is part of Asia and the Middle East.

Map of the regions of asia 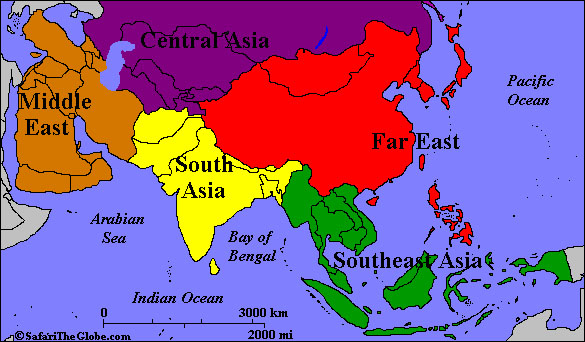